I just returned from the Bhutan Bird Festival that was held in Tingtibi, Zhemgang from 11th to 13th November, 2019. I was invited by the Dzongkhag’s organizing committee to sit on the judging panel which invitation I accepted readily – after all, the event was happening in my Dzongkhag and there is no reason why I should not be a part of the event. I contributed in kind and in cash – to make the event a success. And success it was – I was truly impressed by the superlative effort put in by the organizing committee – they did a fantastic job. It was all too evident from the arrangements they made – the grounds they cleared and leveled, the variety of indigenous products on display, the food stalls serving out Khengpa dishes - very impressive indeed. I dare say that few events would have been organized with this level of efficiency and competence. I hope they do an equally good job next year. 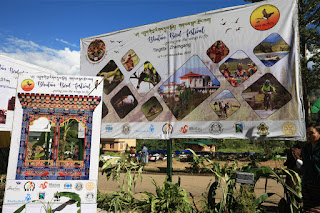 The Billboard of the Bhutan Bird Festival 2019. Don't miss the name of Rotary as one of the sponsors 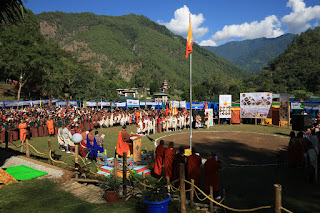 The Honorable Prime Minister at the inaugural ceremony on 11th November, 2019 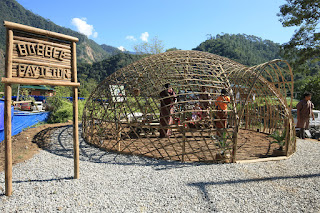 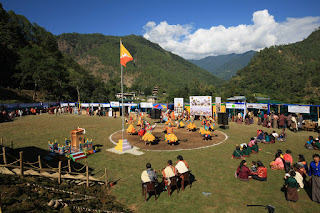 Cultural show during the festival

I contributed 11 high-resolution images of birds found in Khengrig Namsum areas – out of which 4 of the large prints were paid for by me personally. The large prints of the bird images that were on display attracted considerable attention from the public - with some hilarious and unexpected remarks from the public. I overheard a youth in a group of youngsters who were looking at the photos in the bird gallery comment that:

“It is funny - I see 11 different bird photos – but strangely they all have the same name: Yeshey Dorji”.

The following are three of the eleven images that were on display at the festival ground: 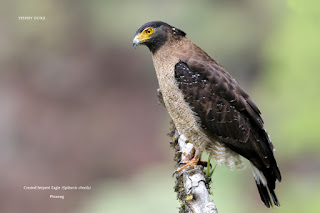 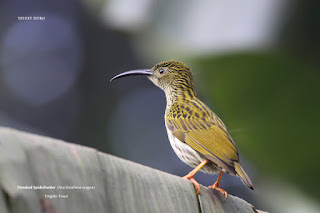 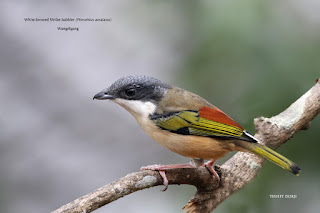 I profited too - on my return journey back to Thimphu, I managed to acquire the following four brand new images to add to my collection of bird images: 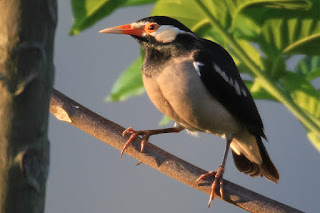 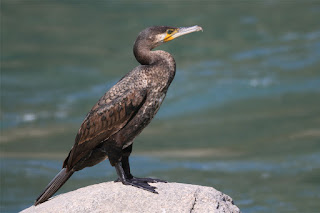 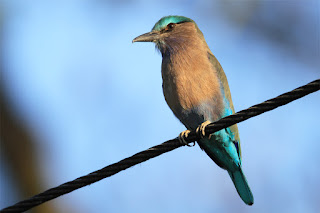 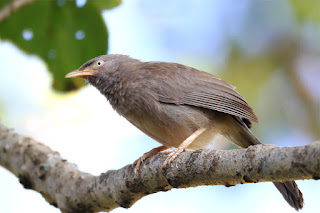