I just returned from a two weeks birding trip to the East and Central parts of the country.

Bird photography becomes lot simpler during times when the birds are randy - during that time of the year when they experience their annual adrenaline rush. This is the time when they sing and dance - to attract mates so they can saw their wild oats. During this period of heightened libido, the birds tend to be careless and daring and expose themselves more frequently than they would otherwise. That is when they are easier to photograph.

In the Northern Hemisphere where we are located, the birds’ mating season start sometime during mid/end March.

By the time we hit the bird-rich areas in Central Bhutan, we were into mid April. To my dismay, I noticed that some birds were already into nest building and food gathering - signs that their mating season may be over. I was disheartened and yet, bird photography is all about dashed hopes and missed chances. But by the time we rounded up our trip in the East, I realized that this was my most rewarding birding trip. I got more “keepers” during this trip than I ever got in many of my earlier trips. Some of the birds I got this trip is posted below for your viewing pleasure - ENJOY!


Gold-naped Finch (Pyrrhoplectes epaulette). These birds are pretty common at altitudes from 1,600 - 3,965 Mtrs. I love these cute strong colored birds and have seen them many times before and yet, I have never been able to photograph them. This time my luck turned and I not only got the male and the female but also managed to get, what I suspect, is a male with an intermediate plumage. 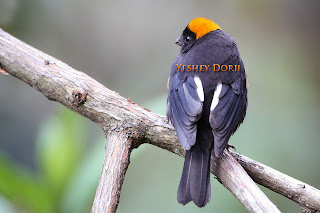 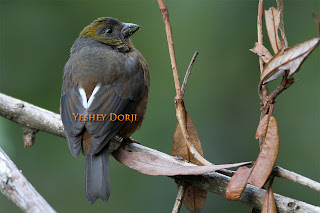 I have never seen a similar image before - neither a photograph nor a sketch - so perhaps this is the first time a photo of this bird with this plumage has been captured. 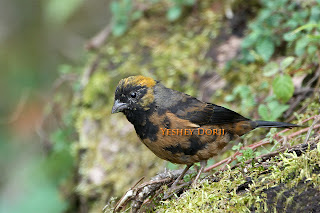 Oriental White-eye (Zosterops palpebrosus) is a cute little bird and can be found everywhere. I have photographed it before but the one below is lot better - primarily because of its perch. 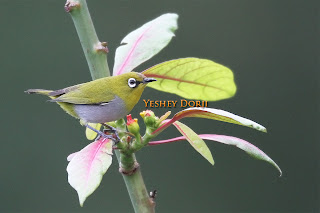 Hill Prinia (Prinia atrogularis). Bhutan has over 7 recorded Prinias but this is my first image of the bird. I photographed the same bird on a different perch - but I choose to post this image since I like this posture better although the other image is lot better - technically. 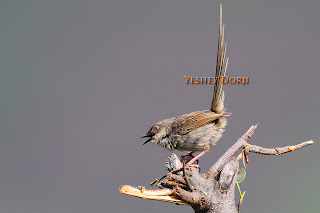 Rufous-bellied Niltava (Niltava sundara). This is a life bird for me - this is the first time I saw and photographed this bird. I also got the female - but choose not to post it since I don’t want to overwhelm my viewers with too many goodies :) 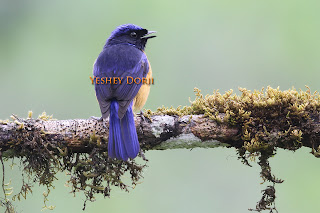 Satyr Tragopan (Tragopan satyra). I have seen both the male as well as the female of this bird species before but this is the first time I managed to photograph a female - and what a posture! I am told that Satyr Tragopan ranks as the tenth most beautiful bird of the world. As you can see, the colors on the male are simply awesome! But I particularly love the dainty posture of the female. 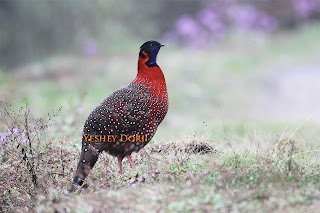 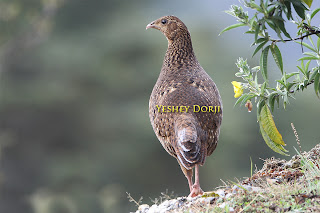 Crested Serpant Eagle (Spilornis cheela). I have photographed this bird many times before but I still choose to show this image - for the detail and the silky smooth bokeh of the image. It is not often that birds in the wild can be photographed with this kind of background. 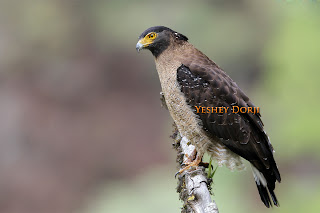 Black-chinned Yuhina (Yuhina nigrimenta). This is yet another of my life birds. This is the first time I am seeing this bird and I am glad that I managed to photograph it so beautifully. 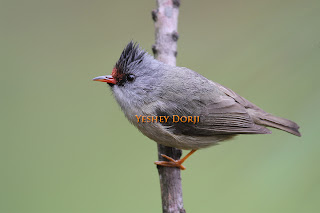 Ashy Bulbul (Hemixos flavala). I have seen this bird before but this is the first time I have been able to photograph it this well. As I said, this trip has been very rewarding! 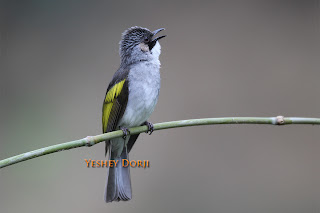 Chestnut-winged Cuckoo (Clamator coromandus). And yet another first - a life tick as my friend and author/photographer from Bangladesh would say! I had never seen this bird before. 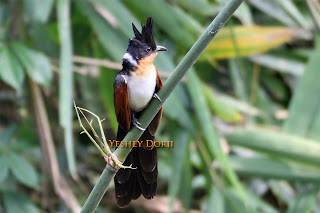 Grey Treepie (Dendrocitta formosae). I have seen this bird many times before but this is the first time I have been able to photograph it this well. 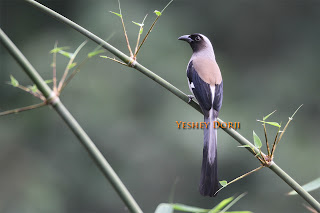