How many of the Bhutanese subjects of Her Majesty The Gyaltsuen Jetsun Pema Wangchuck know that there is a rose created specifically for Her Majesty? I for one did not know – until a Rotarian from the UK sent me a photo of it yesterday night. The Rotarian tells me that he bought one and is currently growing the flower in his garden in Sandwich, Kent, UK. This is how he writes:

Yeshey,
I am sending you a photo of one of the roses in my English garden. 'The Queen of Bhutan'. It is almost as beautiful as the lady herself.

I am keeping abreast of events in Bhutan and congratulate you on your nation's outstanding control of the COVID-19 pandemic.

I am saddened that l am not packing my suitcase today in preparedness to come to Thimphu. However each month l am putting a little money aside for next year so l might add this to the conference money l have already paid and lengthen my stay in your Himalayan kingdom around the Rotary Conference 2021. 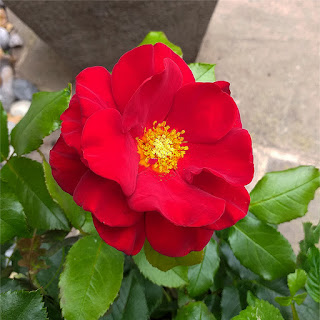 The "Queen of Bhutan Rose" created in the UK

The rose was created by the famous rose breeder Philip Harkness of Hitchin, Hertfordshire, England. The special one-of-a-kind flower was presented to Her Majesty the Gyaltsuen by the Duke and Duchess of Cambridge, during their visit to Bhutan in April of 2016.

A Club Member informs me that the flower was publicly displayed  for the first time on 2nd June, 2016 during the Royal Bhutan Flower Exhibition (RBFE), held in Paro.

UPDATE:
It transpires that there is another flower honoring Her Majesty - a tulip called Queen of Bhutan Tulip. It was a specially cultivated tulip from the people of Netherlands - to commemorate the Royal Wedding of His Majesty the King and Queen of Bhutan. The flower was released in September of 2012. 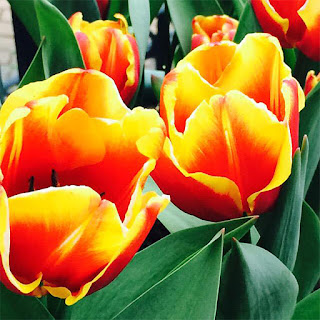 The Queen of Bhutan Tulip