The Rotary Peace Fellowship is a highly coveted scholarship for which there is enormous competition at a global level.  If you are able to win one of the hundred scholarships on offer, you go beyond merely securing a seat in one of the top world universities to pursue a Masters degree - you will be making a statement about yourself - that you are a person of substance capable enough to compete and win among the very best in the world. 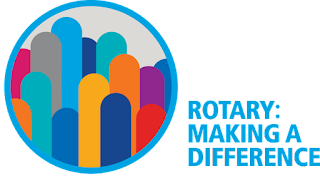 In our quest towards humanitarian service, the Rotary Club of Thimphu embraces three core values - Education, Health and Agriculture. Of the three, we believe that education is KEY. It makes citizens conscientious and inculcates a sense of responsibility towards the environment, practice healthy living and responsible behavior. Education helps unravel some of life’s most intriguing mysteries.

It is our hope that atleast one Bhutanese would win one Rotary Peace Fellowship a year. In our endeavor to help you do so, we have enlisted the help of Bhutan’s own Rotary Scholar - Ms. Pem Chuki Wangdi. She is a recipient of the 2014-2015 Rotary Peace Fellowship that helped her pursue a Masters Degree in Peace and Conflict Studies at the University of Queensland, Australia.

At the invitation of the The Rotary Club of Thimphu, Ms. Pem will be returning home for a brief while to speak at the Club’s international Conference scheduled for mid February, 2017. During her short stay in Bhutan, she has agreed to host a Questions & Answers Session - to meet and help aspiring Bhutanese applicants to the Rotary Peace Fellowship. During the session, she will answer all your questions and guide you in making your application process less tedious.

Those of you who may be interested, please register (with your email & mobile number) for the session at:

We will notify you of the time and place of the session in due course. The date for the session is fixed for:

In the meantime please go through the websites the links of which are given in my Blog below - and read up everything so that you know where you need help.

BEST OF LUCK!
No comments:

Email ThisBlogThis!Share to TwitterShare to FacebookShare to Pinterest
Labels: Education

Once again the Rotary Club of Thimphu is happy to inform of the announcement of the Rotary Peace Fellowship for 2018. Please obtain further information from the following links:

Please use the following resources, in the application process: