History Of Tourism In Bhutan: PART III of V

First Tour Guides
Ten of Bhutan's earliest tour guides were recruited on 1st January, 1974. They were:

These ten received rudimentary guiding training so that they could be used to take care of the VIPs attending the Coronation ceremony of 2nd June, 1974.

First Tour Group
Bhutan’s first paying tourist group arrived Bhutan on 2nd October, 1974. The group was led by an American of Swedish descend - Lars-Eric Lindblad, founder of Lindblad Travel, Connecticut, USA. There were 12 in the group. 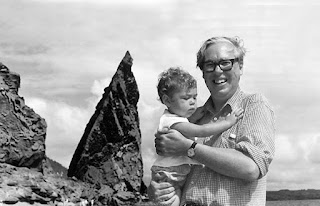 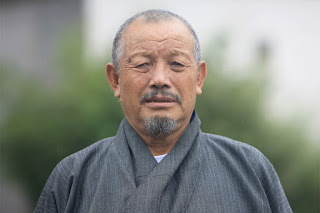 Nim Gyaltshen, one of Bhutan's first 10 tour guides - now a part-owner of Etho Metho - remembers that tour leader Lars-Eric Lindblad paid the tour cost in CASH. Electronic transfer of funds was unheard of during those early days.

Mr. Karma Sonam was a guesthouse waiter at the government guesthouse in Motithang, in the year 1971 - when he was just 19 years old. He now operates a laundry service in Thimphu. He recalls that the first Director of the Department of Tourism was late Dasho Tseten Dorji - who also doubled as the Personal Secretary to HRH Ashi Sonam Choden Wanghuck. 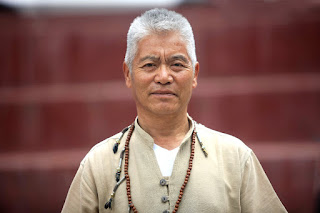 Karma Sonam as he looks now, at 67 years of age

Karma Sonam vividly remembers that Dasho Tseten Dorji went down all the way to Kharbandi Hotel in Phuentsholing - to conduct Bhutan’s first tour group, headed by Lars-Eric Lindblad to Thimphu. The group stopped at Chasilakha Rest House where they were served tea. Karma Sonam carried lunch from Thimphu and met the group at the Chapcha View Point called Zem-La.

Karma Sonam does not remember if the tour group attended Thimphu Dromche/Tsechu - but I believe that they would have - which would explain their choice of October month to make the trip to Bhutan. However, a team member who looked after the group by the name of Gopa Yeshey remembers that they visited Punakha where they were put up in a tented camp at Zomlingthang.

First Trek and Trek Route
Trekking began in Bhutan for the first time in 1976. The Trek route was Druk Path. There were 10 in the group. The trekking group was from Germany.

First Trekking Guide
Karchung of Bhutan Lhomen Adventure was the first trekking guide - he guided the first trekking group that did the Druk Path Trek in 1976. He was supported by Gopa Yeshey as the organizer, and late Meme Tawla and Tek Bahadur as cooks. 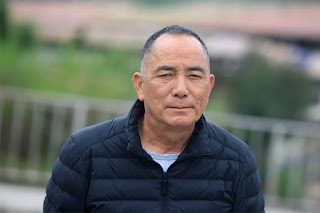 Karchung of Bhutan Lhomen Adventure was the first trekking guide who guided Bhutan's first trek group on the Druk Path, in 1976

First Private Pony Contractors
Gopa Yeshey recalls that after the first Druk Path Trek, ponies for the subsequent treks were arranged through Phuntsho Wangdi of Paro. The second pony contractor was also from Paro - one Sonam Rinchen.

Bhutan Travel Service, USA looked after the US market while the rest of the three Indian agents covered Europe, Japan and the South East.

First FAM Group
Bhutan’s first FAM group was organized in 1980, by Lars-Eric Lindblad, USA. One source put the number of this FAM group at 100. However, Wangcha Sangay who headed the Division that looked after tour operations disagrees - he says  that such a number is IMPOSSIBLE - although he cannot remember, he thinks the maximum would have been between 10-15 PAX at the most.

Bhutan’s First Tourism Sub-Contractors
Although tourism trade was a monopoly of the government, there were already some private tour operators operating in the country, even before the privatization of the business in 1991. Bhutan’s first five tourism sub-contractors were, in order of establishment, the following:

They are categorized as sub-contractors, and not as tour operators, since they were not licensed to operate tours. The erstwhile government owned BTC sub-contracted portions of their business to these pioneering operators - particularly trekking, since they did not have enough manpower to handle it all themselves. All of these companies subsequently became tour companies, upon privatization of the tourism business in 1991.

If monopolizing the business were not enough, the government was heavy-handed in other ways. For instance, at one point the Auditor General of the Royal Audit Authority called the owner of Yu-Druk to his office and ordered her to shut down her business - on the grounds that she was married to a civil servant. She refused - saying that her business did not interfere with her husband’s work. If at all, he could ask her husband to resign from the civil service.

It is heartwarming to know that these pioneering tour operators are still in existence, and all doing very well, THANK YOU.