Two new discoveries have puzzled me greatly. One is that there is also a “Sa” imprinted on the Tibetan silver Sichuan.

Sa counter-marked on Silver Sichuan Rupee of the flat nose minted for Tibet
Our ancient Maartum with "Sa" is the most abundant coins currently available in private collections and in handicraft shops. And it was coined earlier than the silver Sichuan which was minted sometime during early 1900's. So it has to be that the Tibetans (rather Chinese since the coin was minted in Sichuan) borrowed it from Bhutan. But what is the connection? 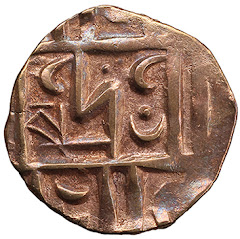 The other discovery is the term “Nyingtam Ghatikap”. The terms translate to: Old Coin from Ghatika. This means that our silver coins were hammered in a mint located in a place called Ghatika. As you know if a person from Chapcha is named Tshering, he would be called Chapchap Tshering; Dagap Thinley; Sharchop Pema etc. Likewise a coin hammered in Ghatika would be Nyingtam Ghatikap.

There is a place called Ghatika in West Bengal, India. But I am now trying to find out if there was a mint there during the ancient times. 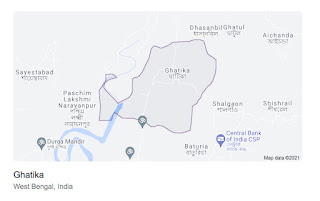 According to History of Bhutan by Bikram J. Hasrat, the term he uses is Ngultrum Ghatikha. But a knowledgeable person in Bhutan says that the term should be: Nyingtam Ghatikap. The term Ngueltrum came much later. The person says that his late father would pronounce the terms as Nyingtam Ghatikap.