On 16th February, 2012 the Ludlow’s Bhutan Swallowtail (Bhutanitis ludlowi) was adopted as our National Butterfly. This beautiful butterfly was first discovered in 1933 by the famous British botanist Frank Ludlow. Then for over seven decades it was believed to have gone extinct. 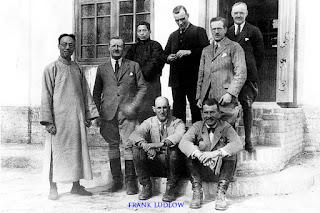 Frank Ludlow with George Sherriff and others

Seventy-seven years later, this extremely rare and endemic butterfly was rediscovered on 28th August, 2009, by a Bhutanese forester who was than working with the Bomdeling Wildlife Sanctuary. After two attempts, a kinsman Khengpa from Zurphey village in Kheng Zhemgang by the name of Karma Wangdi sighted and took a specimen of the butterfly from Tobrang areas in Trashiyangtse, Eastern Bhutan. 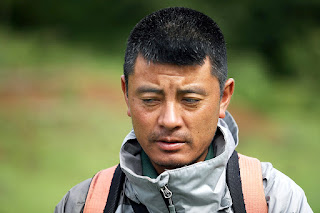 The following image of the butterfly was shot by me at Tobrang, Trashiyangtsi at 9.30AM on 12th August, 2011 at an altitude of 2,281 Mtrs. The butterfly is seen feeding on a white flowering plant called Viburnum cylindricum. 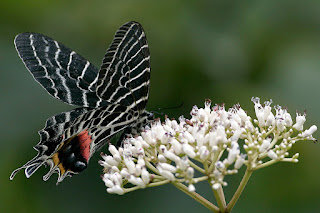 I tried to dissuade the government from naming the butterfly as our National Butterfly because I argued that the butterfly is so rare and that its habitat and range was so restricted, that if there were to be a natural disaster in its only known habitat – Tobrang, we would be left with an extinct National Butterfly. But Lyonpo Dr. Pema Gyamtsho said that there is nothing that can be done – since the announcement had already been made.

PS: A mounted specimen of the butterfly is said to have been presented to the Emperor of Japan, by His Majesty the King.