My Jaunts Into The Alpine Regions of Bhutan

I am happy in the knowledge that I must be among the very few lucky Bhutanese to have had the opportunity to visit almost every alpine regions of the country. Ofcourse it is not entirely true that luck had everything to do with it – it had to do mostly with determination, a strong will to achieve, faith in my own capabilities, a good measure of dare-devilry and infinite inclination towards recklessness. And, ofcourse, good health with strong lungpower. If you notice, most of my photographs are acquired in the thick of winter – at altitudes close to or in excess of 5,000 Mtrs.

As I get time and the inclination, I will show you some really awesome sceneries from all across the country – but the prospect of having to sift through tens of thousand of photographs is sooooo defeating.

I have climbed half way up the mighty Gangkhar Puensoom in north central Bhutan, including three-fourth of Masagung past Laya village when my Bjop horseman stuck his head into a hole in the ground and requested to be excused because he could not stand the chill. I plodded atop Singye Dzong’s ridge named Gosoong above Terdalhatso, which rises up over 6,000 Mtrs. – and got lost in the thick downpour of snow, for over 14 hours. That was the time when I was taught an important life lesson – by a world class high altitude marathoner - that in the thick of the dark, do not light up – but train your eyes to get accustomed to the darkness around you.

I camped over a week atop a mountain in Laya – to try and photograph the mighty Gungchen Taag – I never got the image I wanted and finally had to give up after a sudden snow blizzard destroyed my support team’s camp. Not one to give up, I persisted and finally got my image of the Gungchen Taag – not from any high frigid peaks – but from balmy Wangduephodrang.

Recently I got way-laid by a reader of my blog who is a historian of Bhutan’s postage stamps. We got into a dispute over the veracity of some of the written accounts surrounding our postal runners that delivered mail to Bhutan House, Kalimpong over the Nathu-La Pass. My stand was that there would not have been any need for every one of our postal runners of the yore – to go into Yatung in Tibet and that there should have existed a route that would bypass Yatung – such as Chumbithang which is clearly mentioned in the account rendered by Nari Rustomji when he makes the return journey over Nathu-La Pass into Gangtok, Sikkim, accompanied by the late Haa Drunmgp Jigme Palden Dorji, in 1955 after attending the marriage of Dasho Rimp to Her Royal Highness Ashi Choeki Wangmo Wangchuck.

In an effort to see if I could get some clues, I dug up my photos that I took during my trek up to Chudu Gung/Gonzola/Sinchuloompa/Nob Tshonapatta areas that share border with Chumbithang, which is located within the disputed areas known as Doklam Plateau, to the north of Haa. The following are some of the photographs I took during my trip there in December of 2011: 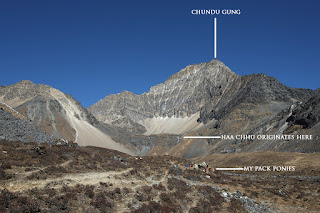 Approaching Chundu Gung and Gonzo-La Pass. During this trip, I had 8 pack ponies, 2 camp assistants 2 RBA personnel and 2 horsemen 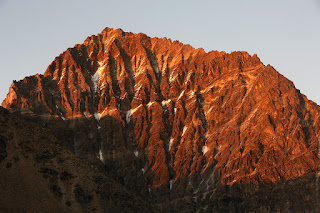 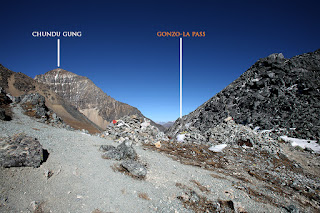 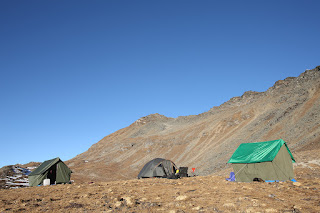 My campsite at Gonzola: Note the starkness of the vegetation. The tent to the left houses my kitchen and 2-persons support team. My Cabela's Extreme Weather Tent is in the centre. The tent on the right houses the 2 RBA johnnies who kept watch over me for the entire duration of the trek - lest I stray into Chinese territory 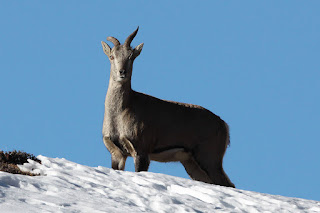 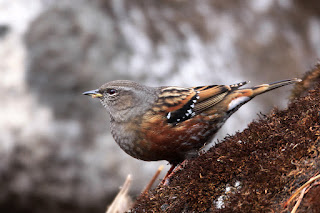 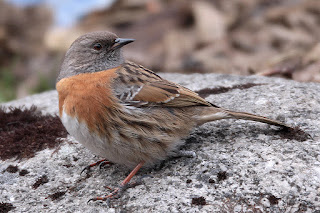 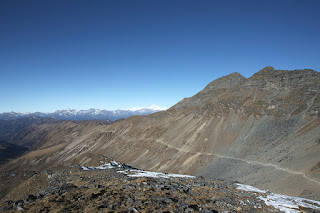 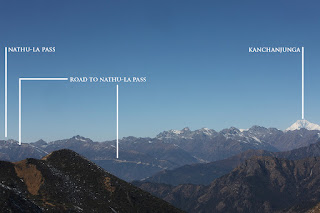 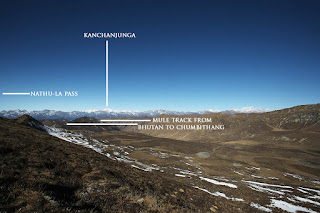 Mule tracks into Chumbithang over the ridge from Bhutan border 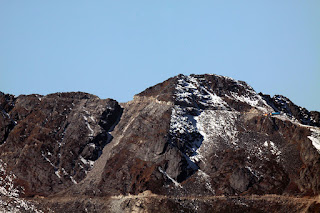 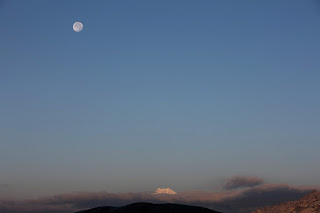 Full moon setting over Mt. Kanchanjunga as seen from my campsite at Nobtshonapatta 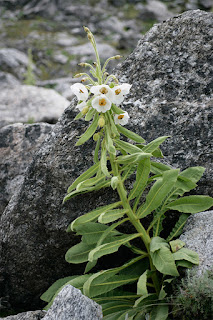 White Poppy (Meconopsis superb) Bhutan's rarest flower endemic to Nobtshonapatta of Haa. The flower was supposedly discovered by a Japanese botanist, a fact that is in dispute. I saw the photograph of this flower for the first time in the dinning hall of Rigsum Resort, Haa - that resulted in my trip to Nobtshonapatta in June of the same year - not the same trip that I made to Chundu Gung - which happened the same year - but in December of 2011 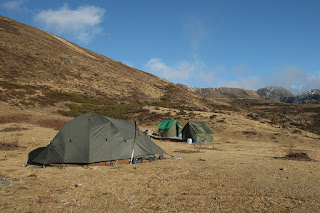 My camp site at Nobtshonapatta during day - warm and sparkling 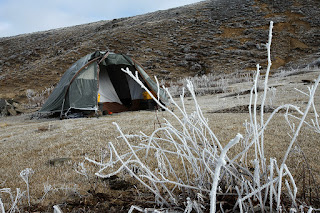 The temperature in the night drops so low that my tent crumples up and slackens, caused by the extreme temperature. The clump of grass in front of my tent is laden with ice and frost
I want to go back to Nobtshonapatta so that I could take the picture of the moon as it sets over the summit of Mt. Kanchunjanga. Sadly, my Haap horseman refuses to oblige me - he says that the lives of his mules would be in danger - because during the times I want to go the mule tracks would be caked with ice and the mules would slip over them and fall into the ravines.
By the way I have also trekked to Chundu Lhatsho - and photographed the sacred lake that is credited as the heart of Aap Chundu. But I am not posting the image - in difference to the reverence in which the lake is held by the Haaps. To date I have never released the photographs.

Email ThisBlogThis!Share to TwitterShare to FacebookShare to Pinterest
Labels: Photography