The massive flooding and destruction of two hydropower projects in India’s Uttarakhand state caused by breaking of the glacier upstream yesterday, should serve as a reminder to the governments of Bhutan and India to act without further delay – and order the shutting down of the perilous Punatsangchhu-I Project. To remain adamant despite more than a decade of proven failure – the two governments are being irresponsible and negligent to the citizens of Bhutan and India. When disaster strikes, it will be too late and no amount of saying sorry will mend and repair the lives and properties that will be devastated. 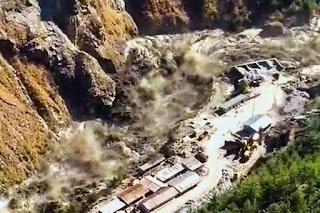 The project’s cost overrun is in excess of three fold its initial projection. The project completion date has been shifted many times and yet the project is not even half done - it is unlikely to be ever done.

If the danger of GLOF were not real enough, the project sits bang in the middle of a seismically active zone. 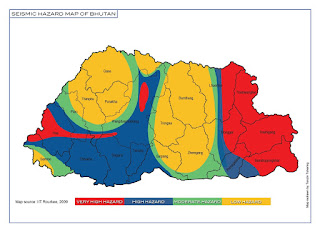 One report on the Punatsangchhu-I project states as follows:

An incomplete understanding of the nature and extent of the real problem, during planning, design, excavation and construction phases has led to costly delays and the potential future amplification of an existing natural hazard.

The spatial coverage of the measurements also highlights that the instability is not only affecting the area immediately around a large failure which occurred in 2013, but it covers a much larger area of about 8 km2 in total. 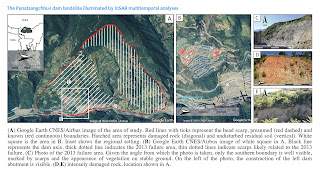 To date, I have written 65 blogs on why our hydropower projects are done all wrong. Every year since 19th of February 2015 I have been calling for the shutting down of the PHEP-I. It is impossible to best nature - humanity has always come off worst – when we ignored nature’s warnings.

I have offered every conceivable reason why we must be extremely cautious when contemplating doing hydropower projects:

I have already stated years back that India is already more than self-sufficient in electricity – that it is a myth that they need our electricity to supplement their requirement. As I had pointed out quite accurately 2 years back, India has now declared that they are going the solar route – leaving us clutching our failed hydropower projects:

Once again the Sankosh Project is rearing its head. I hope that this time the Bhutanese are better educated on the issue. I am glad that Khollongchhu Project is stalled – for the sake of the country’s future I hope that project is also scrapped for good.