Rotary Club of Thimphu is Honored

Few months back, an independent international consultant contacted me with a request to contribute a write up, on what we at the Rotary Club of Thimphu, considered our most meaningful community service project. The article was sought for inclusion in the Rotary International magazine. Two things were to be understood clearly:

1.  The project I choose should not be one funded with funding from the Rotary Foundation

I chose our 3-years signature project – “BHUTAN2020” that was launched in 2018 and which will be concluded this September. 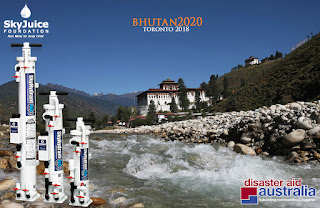 Under this project valued at AS$ 1.00 million, the Rotary Club of Thimphu with support from Disaster Aid Australia (DAA), would deliver 120 patented SkyHydrant water filters to 120 of Bhutan’s largest schools. 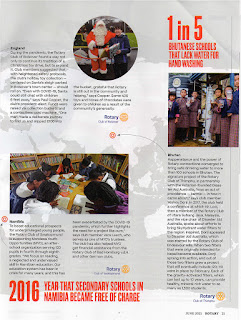 If it were not for the pandemic, we would have successfully concluded the project last month itself – two months ahead of schedule. The fact that the Rotary International featured our project on their magazine, in preference to million other endeavors, means that we did well.