This third post on the series is yet again on – Zhabdrung Ngawang Namgyel. I have no choice – because in all fairness everything begins with him – that is why we all submit at his feet. Hopefully this will be the last post on him.

Most written records, if not all, credit Zhabdrung Ngawang Namgyel as the unifier of Bhutan. But a careful examination of the records show that this is not entirely true. One can certainly agree that he initiated the process of consolidation of the nation-state of Bhutan. But it is clear that he did not unify the country as a whole – he only succeeded to unify the western parts of the country during his lifetime. When he died on 30th April, 1651, Bhutan was still a divided/fragmented country.

In an effort to consolidate the whole of the central and eastern regions of the country under the Drukpa rule, the Zhabdrung appointed Chhogyel Minjur Tenpa as the Choetse Chila in 1647. By 1651 when the Zhabdrung died, the Choetse Chila Chhogyel Minjur Tenpa had managed to bring four of the eight regions of the Sharchog Khorlo Tsibgye under the Drukpa rule, namely: Bumthang, Lhuntse, Mangde and Zhemgang.

For the benefit of the readers, the following regions were grouped under what came to be known as Sharchog Khorlo Tsibgye:

At the time of the demise of the Zhabdrung, the regions such as Dungsam, Trashigang, Trashiyangtse and Zhongar existed as independent regions comprised of mini kingdoms ruled by independent rulers numbering over two dozens. Some of these rulers were:

Over time, the Choetse Chila succeeded to bring all of the above under the rule of the central government in Punakha. He dispatched Lam Namsey Dorji and Umze Damcho with a large Drukpa force from Trongsa to subjugate all the above rulers – first by cajoling if amenable – if not through act of war if unwilling to submit.

Thus, it could be said that it was Choetse Chila Chhogyel Minjur Tenpa who completed the unification of Bhutan, by 1659 - eight years after the death of the Zhabdrung. But his consolidation of the region did not survive long. Upon his appointment as the 3rd Druk Desi in 1667 and having been relocated to Punakha, it appears that the region disintegrated once again and went back to the old ways. The central government in Punakha was too busy with internal strife that plagued the western regions of the country – it had no time to administer the regions pharchey of Pele-La. 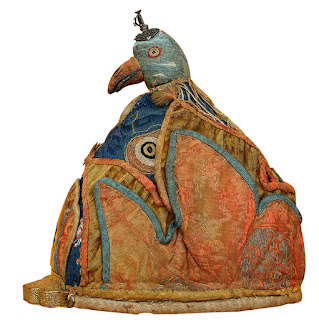 It was the father-son duo that held the country together – from the time Jigme Namgyel took over first as the Trongsa Droenyer in 1850, as the Choetse Poenlop in 1853, Druk Desi in 1870, 1877 and 1880, followed by his son Gongsa Ugyen Wangchuck who ruled the country in a variety of posts – first as Paro Poenlop in 1878, then as Trongsa Poenlop in 1884, and finally as the first hereditary monarch of the Kingdom of Bhutan, as of 1907.