When Aum Rinzi Om of WHO Bhutan Office requested me to participate in their just concluded Social Media Training Workshop on Digital Literacy and Content Creation, I was reluctant at first - but eventually agreed to be a part of it. 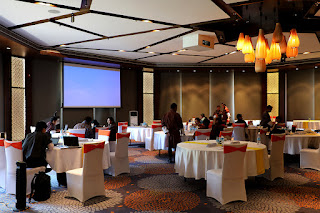 Training session in progress: truly intense and extensive. The WHO Bhutan Office hopes to upskill the local media's reporting competence, particularly in the social media platform. Other than Bhutan Today, all the rest of the media houses were represented: BBS, Business Bhutan, Centennial Radio, Gyalchi Sarshog, Kuzoo FM, TheJournalist, Yiga Radio, TheBhutanese, including JAB, both digitally. Passang Tshering of Passu Diary and I represented the Blogging community. 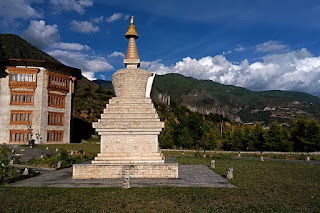 Venue of the training workshop: Le Meridien Riverfront Paro
I did not realize I was being drawn into a world of complex technological whirlpool that is the social media, of which …… PHEW!!! … I adamantly refused to be a part. 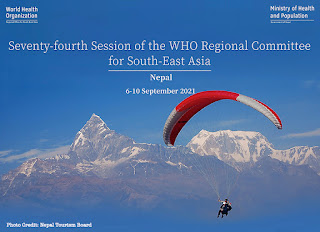 The Annual Conference of the SEARO of the WHO for the year 2022 is scheduled to be held in Paro during September of 2022. The RC75 Conference is so impactful for Bhutan and the region that the WHO Bhutan Office conducted a 4-days training Workshop for Bhutan's media fraternity at the Le Meridien Paro Riverfront.
As the first day of the Workshop was followed by the second, and then the third, and finally the fourth, I was walked through a plethora of technological innovations and tools of the trade that were available to the influencers of the social media. The experience was dizzying - caused by my own cluelessness on the subject. The very competent presenter of the Workshop - Phub Dorji, a Social Media Manager at the Internet technology firm of Nyingnor - rattled off scores and scores of tricks and tips on how to remain on the sunny side of the mighty Facebook by doing nothing that would result in deflecting traffic away from them. He listed out sites, applications and tools that would do all the work for the social media users and managers - he demonstrated computer applications and programs that would help a user achieve amazing things - like make an obtrusive branch disappear from a picture, or morph a monkey into a mouse. One thing dawned on me - the burgeoning use of Artificial Intelligence (AI) has the very real danger of rendering the human breed into complete idiots!
The WHO’s Workshop in Paro made me realize why the present generation is not as hardworking and passionate as my generation. They do not need to be - all the hard work has already been put in by others on their behalf - all that they need is the likes of Phub Dorji to tell them where to get all the tools they need to do their stuff.
For a while I was saddened - there could very well come a day when the AI could take over the HI (Human Intelligence). But on deeper contemplation, I realized that the HI is the creator of the AI - meaning that the relationship between the HI and AI is that of a master and a slave. Thus, it is impossible that the slave can overwhelm the master. It was thus that when a participant asked me the question: Which is more important - the camera or the photographer - in creating beautiful images? I answered thus:
The photographer is still the master - the camera is the slave that does the bidding of the master. The photographer will tell the camera what shutter speed to select when the master chooses to engage a certain aperture setting. The Master will do the framing of the image, the master will decide the time of day to capture an image, the master will decide how shallow the DoF should be, the master will decide what angle to shoot from, the height from which to shoot. The camera will only meekly follow the master’s bidding - it is an inanimate object that has no capability to argue with the master, or to tell the photographer what to do.

Email ThisBlogThis!Share to TwitterShare to FacebookShare to Pinterest
Labels: Media